The question about the best yoga is often asked and even more often answered without anybody asking. The answers are usually more confusing than the original question. The reason is simple : the best yoga does not exist.

Let us take a step back from the search for the best yoga. What is yoga for ? Why do we do it ? In that also we may have somewhat different opinions. Yet in fact, the primary objective of yoga has been well-defined for thousands of years. Yoga literally means union and this union is meanth as the union of individual consciousness with cosmic consciousness. So what is this union for ? The answer is : it is the only guarantee to ever-lasting happiness. Some people may come to yoga for health, to look good, to relax, etc. But while those usually belong to the added benefits of yoga, they are not the original goal. Ever-lasting happiness is.

To desire ever-lasting happiness means to be done with the happiness that depends on things which come and go as they please, and thus are just as likely to make us unhappy. This is true for most things, people, health, money or any thing except... no-thing. No-thing lies deep inside of us. It goes way beyond our thoughts, feelings, personality, individuality, etc.. which are all things which we can call ours, or be done with, find or lose. No-thing is the pure consciousness that is inside each of us and is quite beyond also. Therefor it is called cosmic consciousness, or god, or the self or whatever you prefer. You can run as far as you can, but you can't lose it. You can only forget about it, be unaware of it, as is true for many people. Most people aren't even interested because they don't know it. Those who know it, know that it is always happy. That makes it the key to ever-lasting happiness.

So then the question about the best yoga is which yoga turns this key best ? Which yoga can the most rapidly make us lose our individuality (without entirely losing our diversity, which is another issue) so that we can truly surrender to our happy cosmic identity ? This individuality which needs to be lost is obviously different in everyone. Some people hold on to these thoughts, others to other thoughts. Some are deeply afraid of this, others are easily angered at that. Some desire icecream, others believe in meeting their soulmate. All that has to go, or at least become much less important. And to let all that go, to relax from all that, different yoga techniques are needed, which makes the "best yoga" into a nonsensical idea.

When it comes to asana these differences can also be seen. Fire dominated people will be mostly attracted to and at ease with difficult postures and fast posture changes, though they should be careful not to overheat their body nor their ego. Wind dominated people certainly need asana to come out of their heads, but will be less talented at it, especially when it comes to balance. Water dominated people will mostly like the easy sitting postures and horizontal postures, while in truth they should get a real good sweat out of their asana practice. Many more examples could be given, but the point is now sufficiently made : the best yoga is an individual matter while personal likes and dislikes do not always hold the answer.

So, the quest for the best yoga first of all becomes more easy by understanding that there is no need to search for the best yoga of the universe. Some yoga traditions may be more complete than others. Some may claim to be the most ancient, while others may argue to be best suited to modern times. It all doesn't matter. What matters is what works for you. The most simple, obscure or even rather absurd yoga technique may be just what you are looking for. For a while, maybe, for this lifetime maybe. Only you are able to know which is the best yoga for you.

In this respect it may be important to understand that yoga traditions have one big advantage over more modern yoga practices. They have survived for a very long time, which means that their techniques must be succesful. If a yoga tradition does not regularly produce new teachers that are able to motivate people through their enlightened example, it must die out. A new yogic approach may seem like an alternative option well suited to today's lifestyles and problems, yet it must still prove itself over time. The teacher who developed it usually got to the point of developing it through some other yoga. So yoga needs to be redeveloped all the time, but it isn't all gold that is shiny & new.

Another helpful understanding is that while we are all different, we are also all made out of the same basic components. In the indian philosophy of the koshas, we all have a physical body, a pranic body, a mental body, a causal body and a body of bliss. They all need yoga. Different techniques work on different parts of us. So most yoga techniques are just complementary.

Anyway, how will you know which is the best yoga for you ? There is only one way to measure the effect : through the strength of the inner peace that it produces. From that inner peace, happiness will come, as will all spiritual growth. Yet it is the peace, the relaxation that defines the personal value of a particular yoga or exercise. So, try. You may need to try for a while though. Some techniques need time, so no zapping around. Letting go is usually not very peaceful at first. The seeker will find. 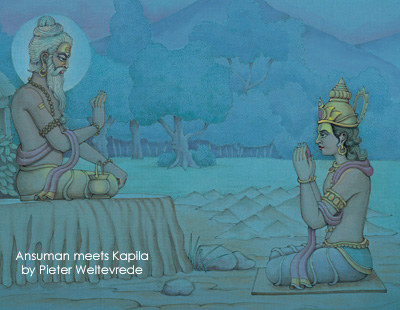 Whether a particular yoga is particularly suited for you is not however the only factor which determines whether this yoga will be effective to increase your inner peace. Two other factors are essential : your determination in applying the technique and the support that you get from the teacher. Often both go together. Most people don't have all that much luxury when it comes to finding a good teacher. Doing a yoga that is really the best yoga for you, but without the support of a good teacher, will be much less effective than doing a yoga that is less suited to you with the support of a really good teacher. Any technique will bring you to the final goal if sufficient determination and support are available. Thus the quest for the best yoga is reduced to the quest for the best available teacher. To recognize that one use the same method as in recognizing your best yoga : through the strength of the inner peace that this teacher helps to develop in you.

In any case, you hold the key to answer this riddle. Have faith, there is no escape from the path. Whichever wrong turn you take, unhappiness will bring you back on track.